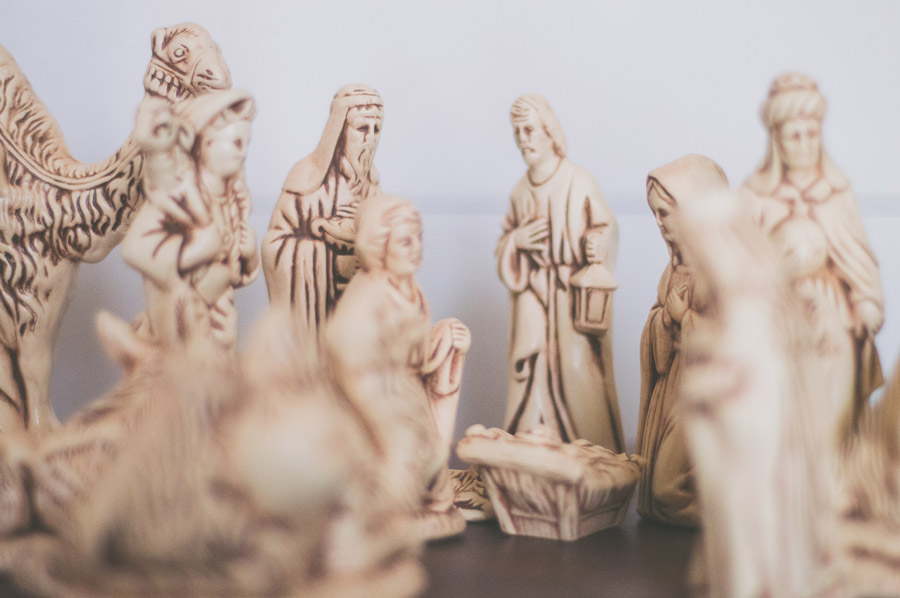 Rome ruled the world for centuries. Armies marched, kings were defeated, territory was taken, an empire was established, Caesars ruled, and taxes were demanded. At the beginning of the first century AD a Roman ruler, Caesar Augustus, passed a decree that a census be taken of all who lived in the Roman world. This meant that everyone under Caesar’s rule had to return to their place of birth to be counted.  At that time a man named Joseph, engaged to a pregnant woman named Mary, lived in a town called Nazareth on the eastern edge of the Roman empire.  They were required to go to Bethlehem in Judea to be counted and eventually taxed for the empire’s benefit.  They were two common people who had no wealth, no power and who did not matter except for their value as taxpayers.  When they arrived in Bethlehem and found there was no room for them,  Mary gave birth to her son in an animal’s stall and laid Him in a manger.

No one knew, of course, that the One born in that manger was the King of Kings and Lord of Lords.  No one knew that He would die for the sin of those who would take His life as well as for the sin of all who lived before and after Him, including we who live today in the twenty-first century.

It is at Christmas that we recall that the Light of the World was born into the kingdom of darkness in order to overcome the darkness of sin with the Light of God’s love.  No matter where we live, whether it be in Asia, Latin America, Europe, Africa or North America, whether in Arabia or the Islands of the sea, all of us are citizens of one of two Empires: the kingdom of darkness or the Kingdom of Light. Christmas is a time of remembering the grace, mercy, love, and forgiveness of Christ’s compassionate sacrifice, given to all who accept it.

Jesus, whose birth we celebrate, had an unknown birth in order to be offered as a well-known sacrifice so we do not have to pay the price for our sin.  If you know Him, praise Him and rejoice in His provision for you. Have joy because that’s what He wants you to have, as He said on the night of His arrest (John 15:11). Be thankful for all He has done for you and allow Him to bear fruit through you. Remember, He was born to die for the sin of all, from the beginning of time. Remember that He rejoices that we have trusted Him for what He has done for us.

And if you don’t know Him, now is the time to accept all He has done for you, for dying for your sin, for offering forgiveness for your disobedience, and for providing eternal life.

Christmas is a constant celebration of our deliverance from sin to the anticipation of eternity.  Rejoice with Him for what He has done for you and make Christmas your way of life.